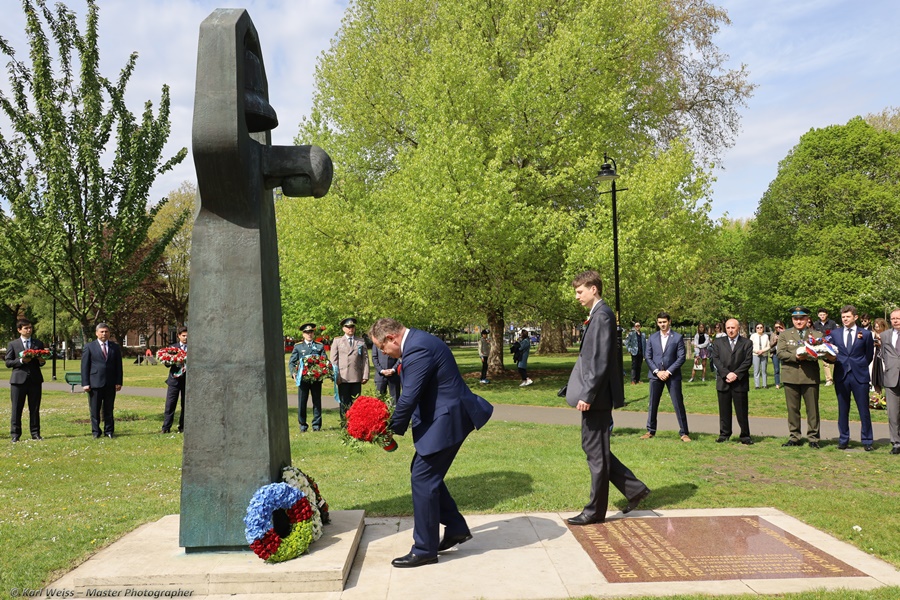 The ceremony dedicated to the 76th anniversary of the Victory in the Great Patriotic War was also attended by the heads of diplomatic missions of the CIS countries, the Mayor of Southwark, and representatives of the Soviet War Memorial Trust.

The participants of the ceremony honoured the memory of those killed during the Second World War with a minute of silence.

The Embassy of the Republic of Belarus cordially congratulates compatriots on the Great Victory Day!