Ambassador M.Yermalovich takes part in the event to commemorate the 35th anniversary of the Chernobyl disaster 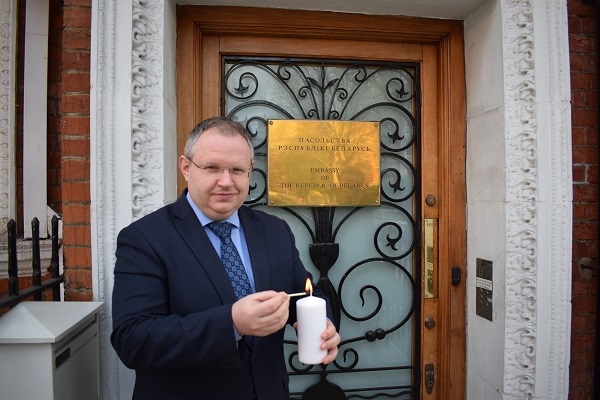 The President of Ireland Michael Higgins also took part in the event.

The Embassy expresses gratitude to the governments, humanitarian associations and citizens of the United Kingdom and Ireland for their assistance in overcoming the consequences of the Chernobyl disaster and rehabilitation of residents of the affected areas.