Constitutional reform in Belarus: redistribution of powers among state bodies

The proposed amendments to the Constitution are designed to make a transition to a new stage of state building and represent a change in the distribution of powers among different branches of government in Belarus. Primarily, this change includes giving constitutional status and state powers to the Belarusian People’s Congress. The Government’s powers and responsibilities in the field of implementation of socio-economic development programmes, budget execution and achievement of goals set by state programmes are strengthened. 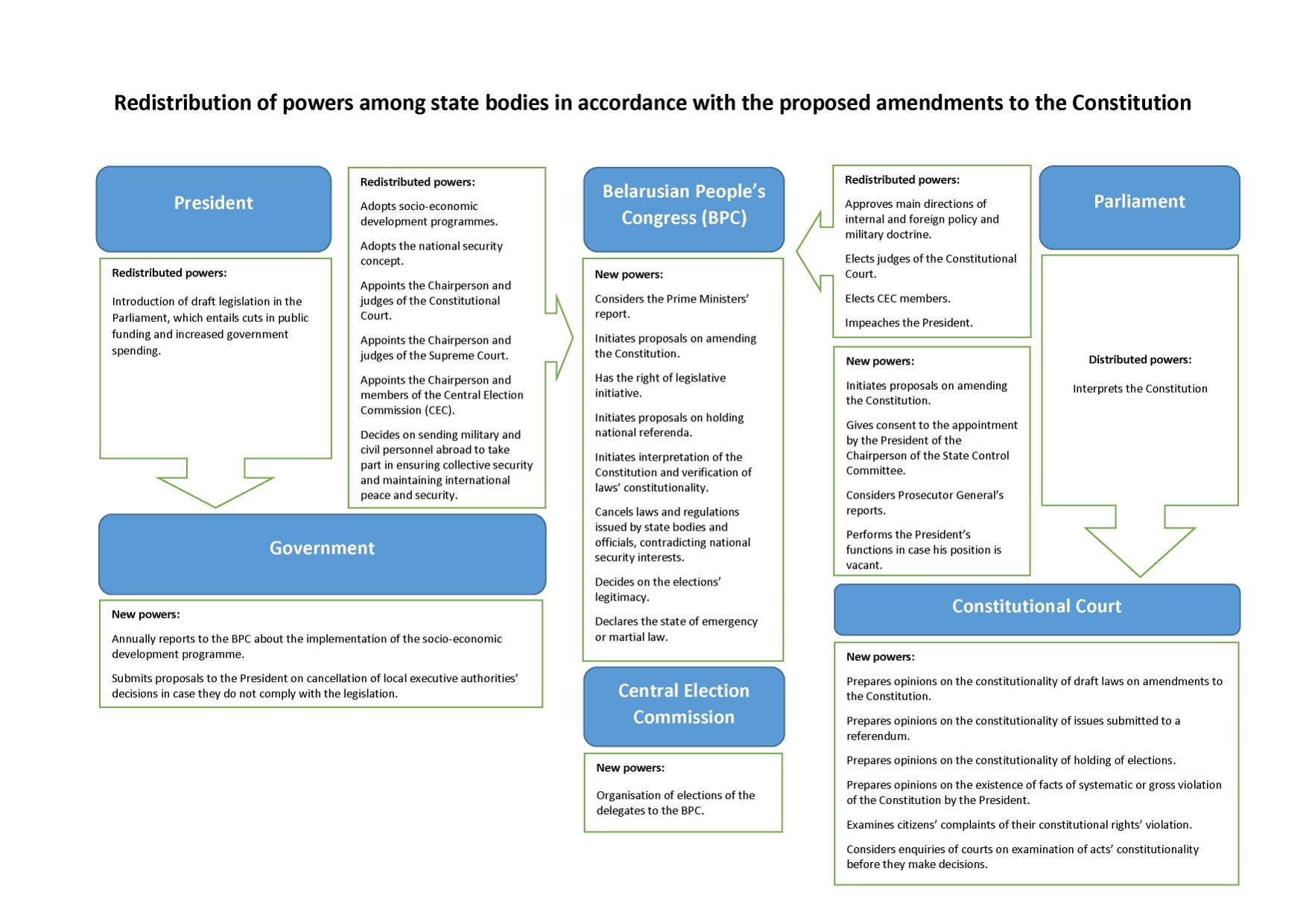